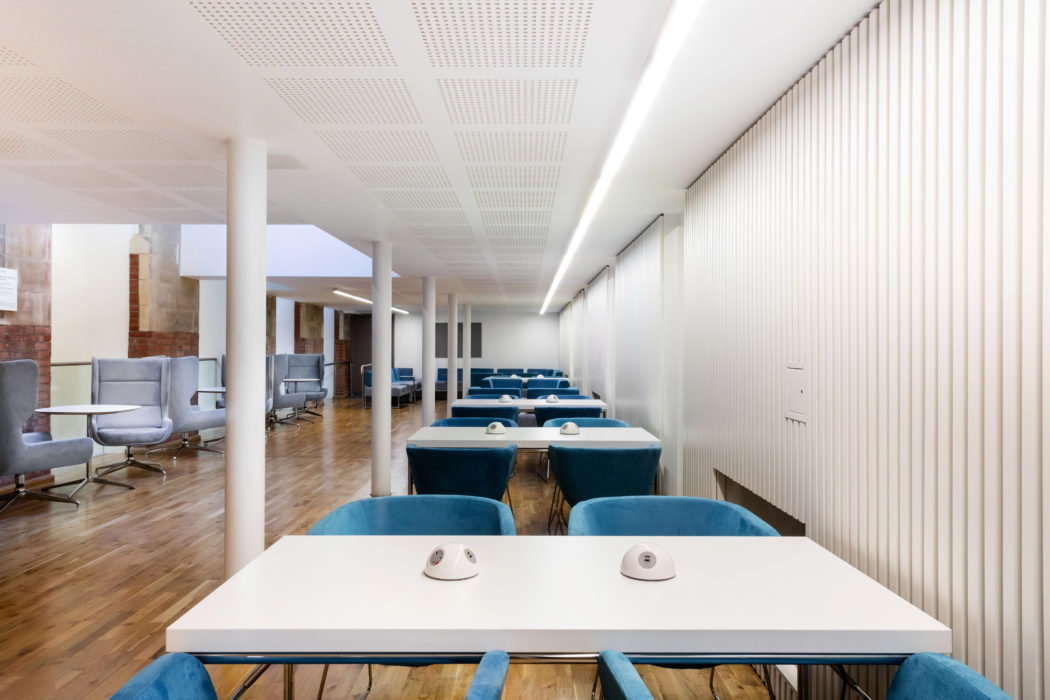 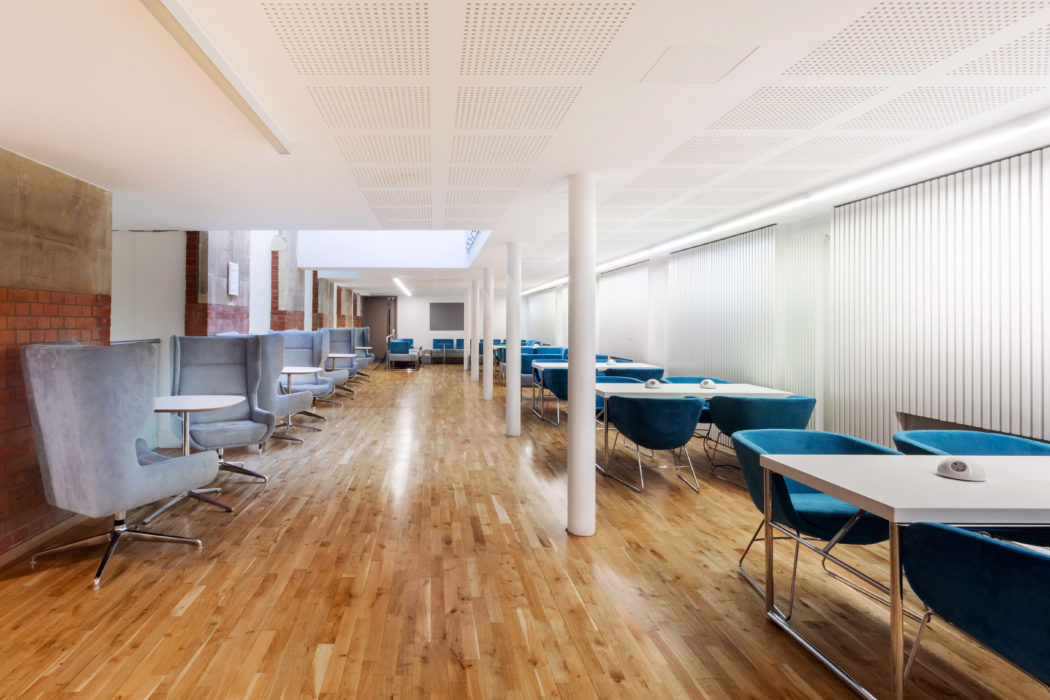 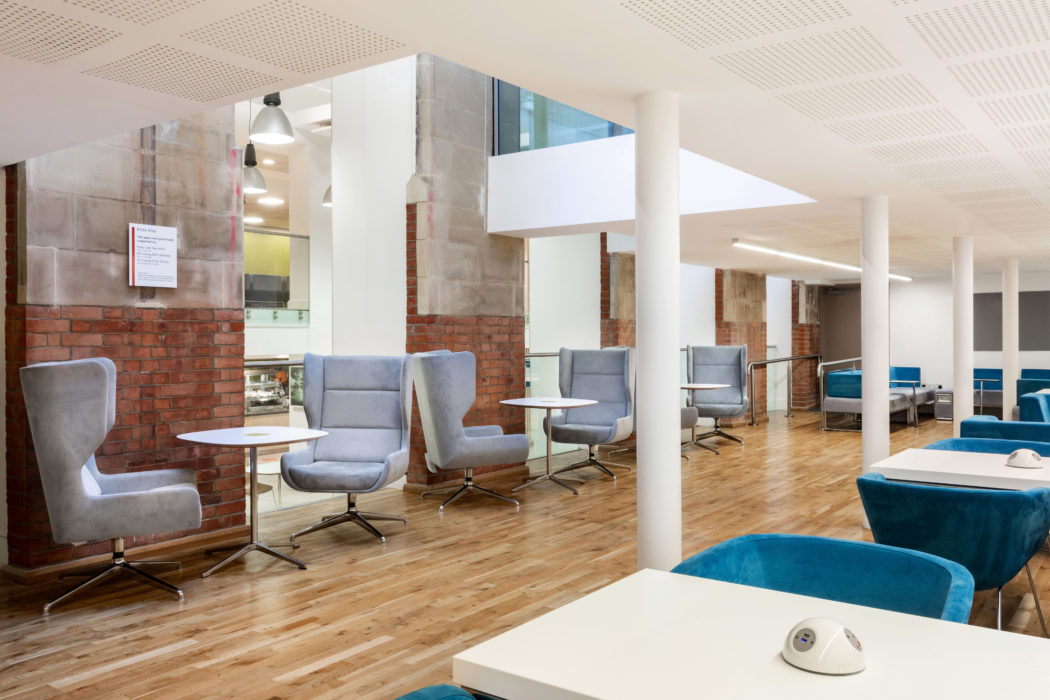 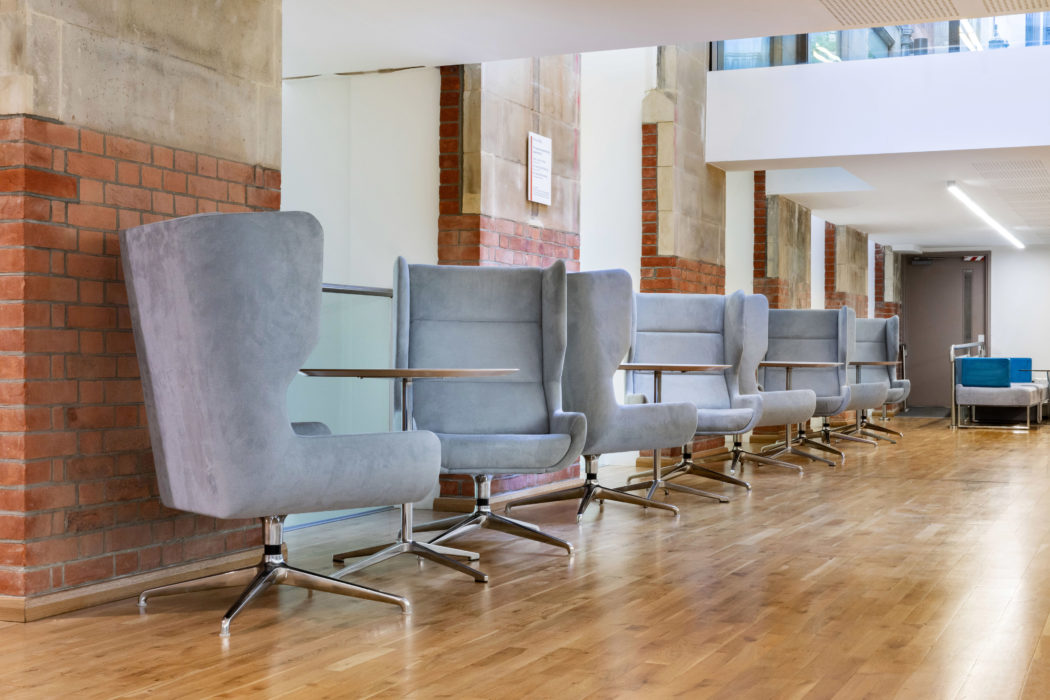 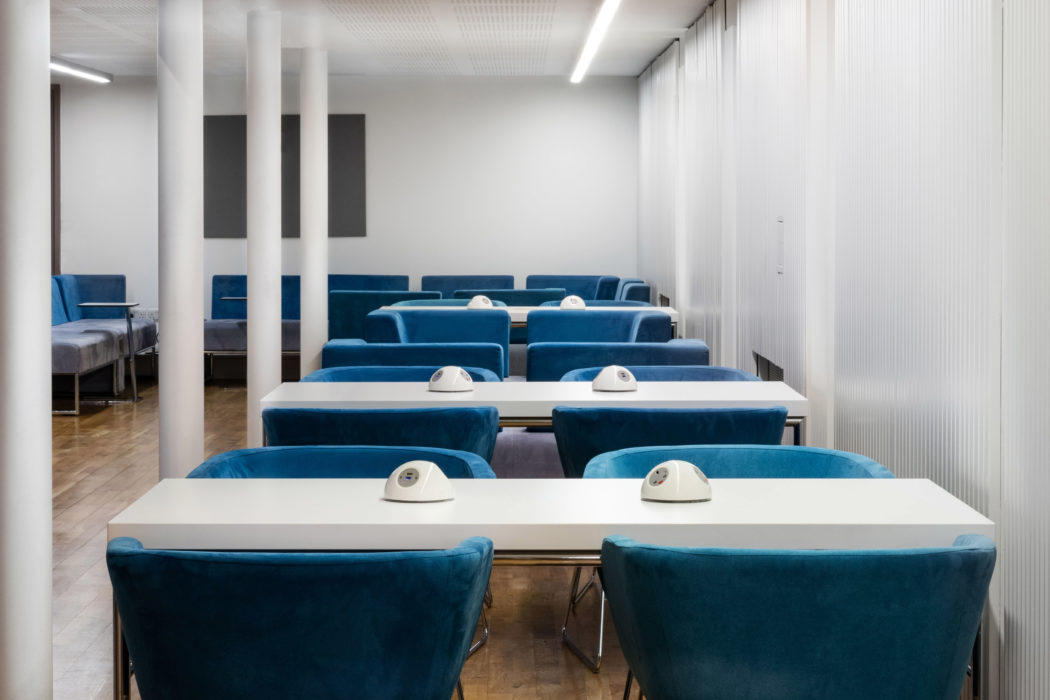 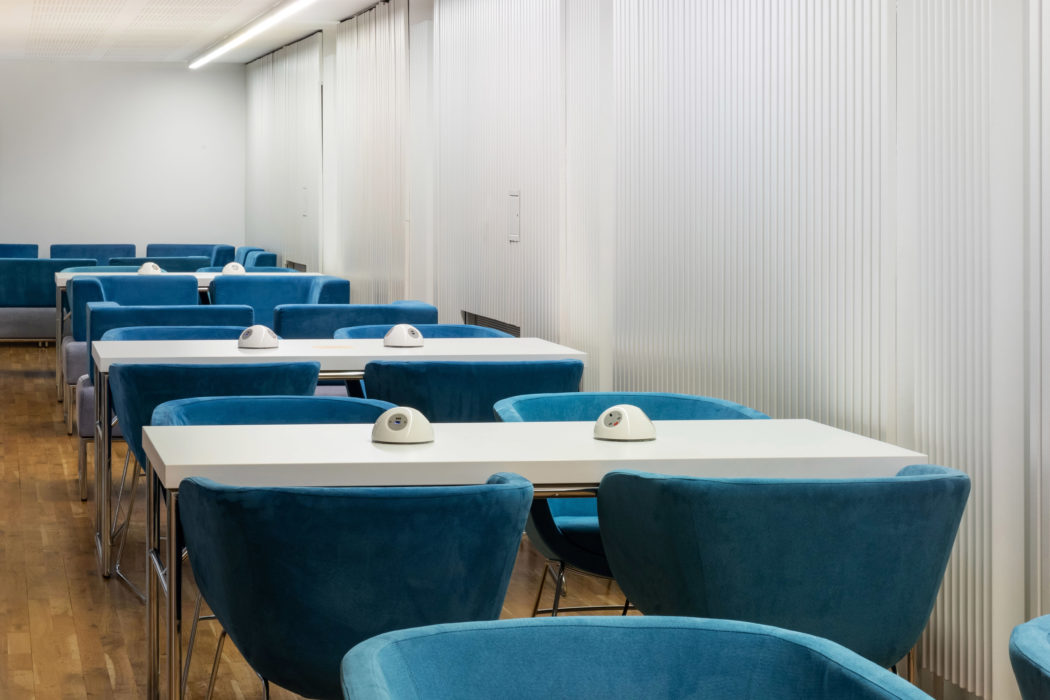 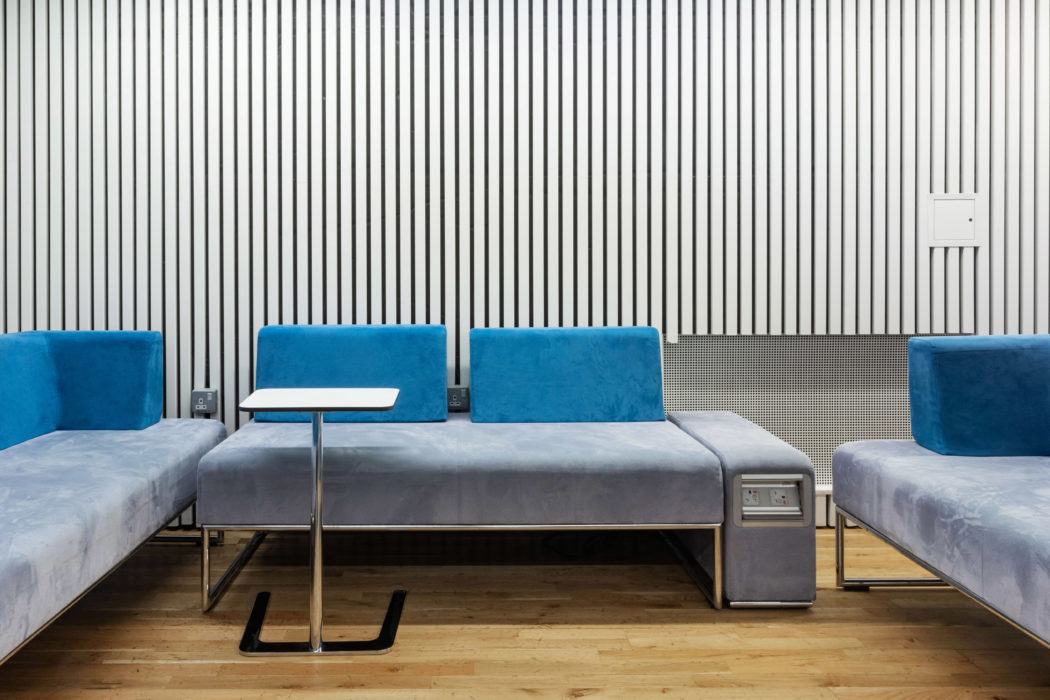 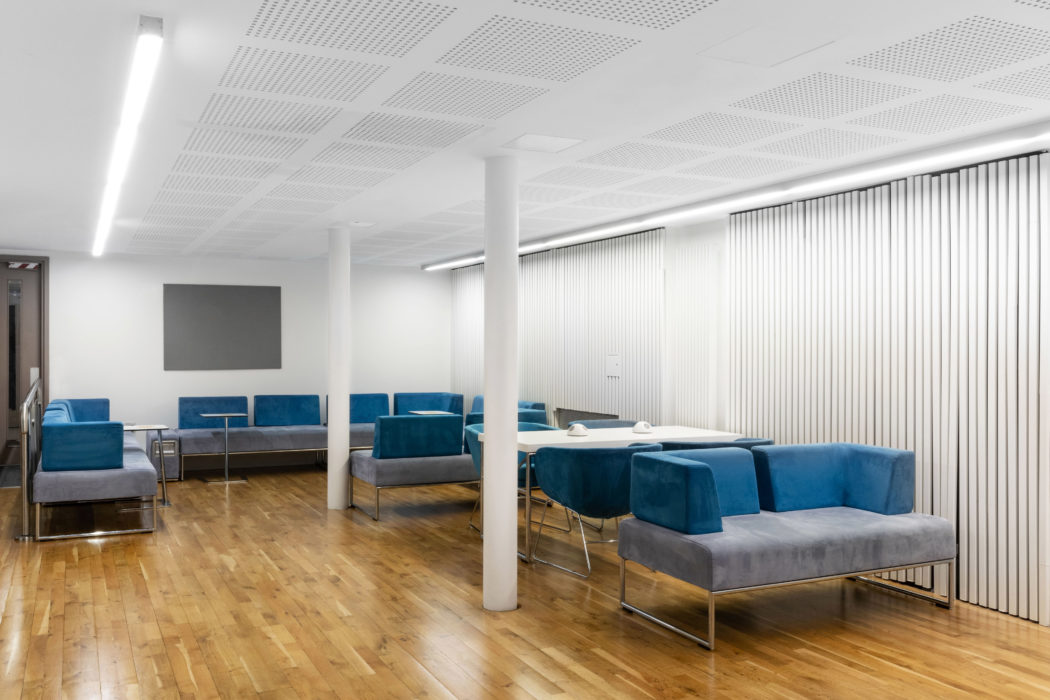 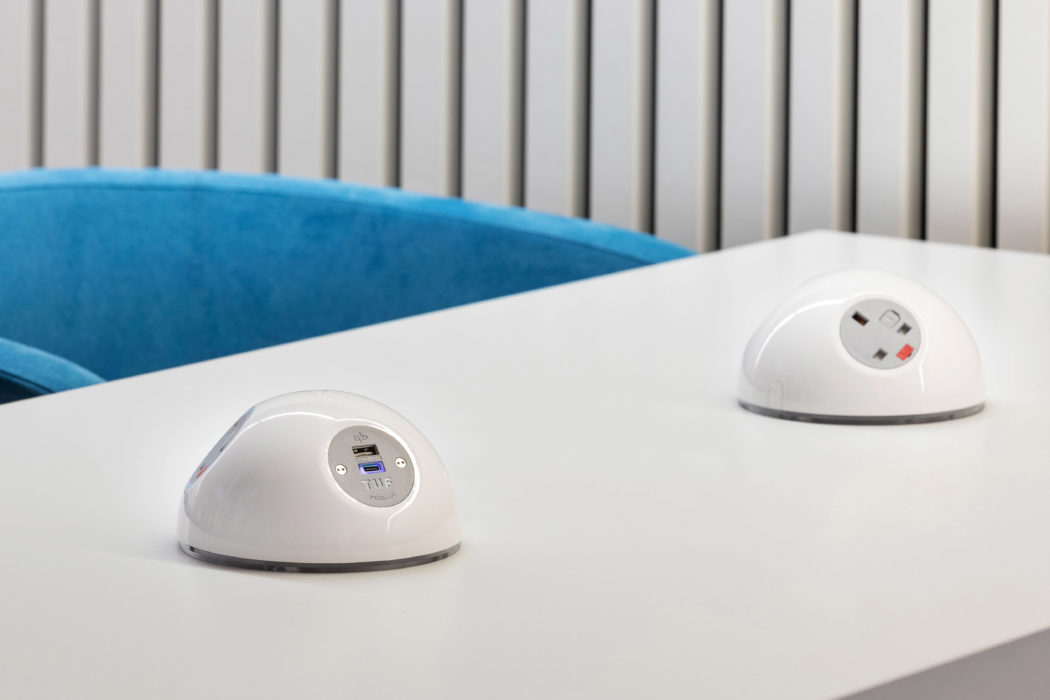 Showcase were invited by the Estates Project Team at LSE to visit site and review the Kinta Alley space, a heavily used facility that was beginning to look tired and had recently sustained damage by floodwater.  LSE identified Showcase as a priority for refurbishment over the Summer months.

Having put together an initial design concept which would have seen new furniture including high tables implemented throughout the space, LSE asked us to look into the feasibility of renovating some of the existing furniture which had been badly stained and in some cases damaged.

Once the 2D & 3D designs had been signed off and the orders placed we implemented the deep cleaning of the soft seating on site, this was a two man team on site for two days, cleaning:- 11 x Allermuir Pause two seater units with backs, 4 x Allermuir Pause upholstered power stands and 16 x Allermuir Karma Lounge tub chairs.

When the manufacturing process was complete the installation team delivered the new furniture, installed the replacement tops for the Bean Counter Café Area, new tables and electrics and reconfigured the entire space which now incorporated the new furniture and all was laid out as per the floor plans.

We met with the client for project handover and sign off shortly after installation and we received incredible feedback from LSE Estates Team on what had been achieved on both the new & renovated furniture. The process provided what felt like an entirely new space but, having given a large proportion of furniture a new lease of life, saving LSE money and delivering a sustainable solution to a project.

The Capital Development team at LSE Estates are extremely pleased with the outcome of the refurbishment project for Kinta Alley in Lincoln’s Inn Fields. All of our goals were achieved, and this is particularly pleasing given the demanding time constraints the team were put under to complete the works on time and on budget for the space to be ready for when students returned to The University after the Summer break.

The main objective of this project was to enhance the student experience in this space, and this was done by the following:

Showcase’s remit & scope of works were to deep clean the existing sofas, replace table-tops, install new furniture to match the existing theme and remodel the existing layout with the new additions for space optimisation. Showcase helped to achieve the project objectives by going above and beyond during the planning phase providing floor plans, renders and images of the furniture, all of which were great visual tools. They were also well organised, clear & concise in their updates, cooperative, accommodating with design changes and always responsive. The project also achieved various sustainable objectives such as reusing existing furniture plus reducing waste by deep cleaning existing fabrics rather than replacing them and recycling all items that were removed from site.